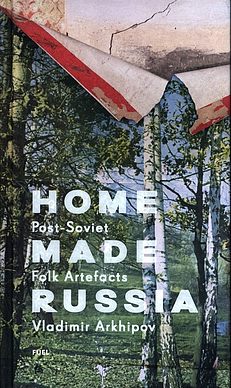 The Russian invasion of Ukraine in February 2022 and the ongoing conflict has led to widespread sanctions being imposed on Russia. As the effects of these measures begin to take hold, the lives of ordinary Russian people will be subject to the type of austerity they last endured over 30 years ago, following the collapse of the USSR.
This reprinted edition of Home-Made (2006) features over 220 individual artefacts of Soviet culture, made by former Soviet citizens as their country crumbled around them. Each item, borne of necessity, is accompanied by a photograph of the creator, their story of how the object was conceived, its function and the materials used to create it.
Vladimir Arkhipov: ‘I have always considered my project to be humanistic and anti-Putin. It exists contrary to the imperialist cultural policy of Russia.’