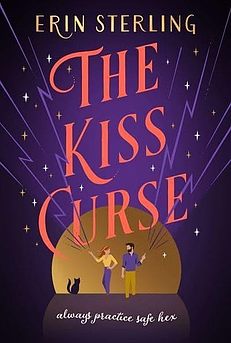 Magic doesn't always play by the rules.
Gwyn Jones is perfectly happy with her life in Graves Glen. She's formed a powerful new coven with her family; she's running a successful witchcraft shop, Something Wicked; and she's mentoring some of the younger witches in town. As Halloween approaches, there's only one problem - Llewellyn 'Wells' Penhallow.
Wells has come to Graves Glen for two reasons: to re-establish his family's connection to the town and to make a new life for himself away from his father. But when he opens a magic shop of his own just across the street from Gwyn's, he quickly learns that going up against her won't be as easy as he thought . . . especially after an accidental magic-inspired - and very hot - kiss.
While Gwyn and Wells are fully committed to their witchy rivalry, they soon find themselves thrown together once again to deal with the sudden appearance of a mysterious new coven and Gwyn's growing concern that something - or someone - is messing with her magic . . .