The Tusk That Did the Damage. 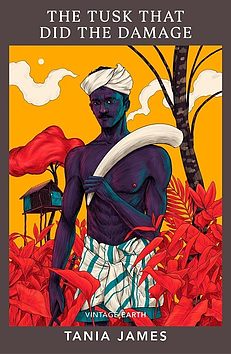 The Tusk That Did the Damage.

'There he was, his trunk wrapped in hers. Whatever hurt or sorrow befell him was not really happening to him. He was on the other bank with his mother. He was not here'
When a young elephant is brutally orphaned by poachers, he begins terrorising the countryside, earning his malevolent name, the Gravedigger, from the humans he kills and then tenderly buries with leaves. Manu, the studious son of a rice farmer, loses his cousin to the Gravedigger and is drawn into the alluring world of ivory hunting.
Emma is working on a documentary set in a Kerala wildlife park with her best friend. Her work leads her to witness the porous boundary between conservation and corruption, until eventually she finds herself caught up in her own betrayal.
'One of the most unusual and affecting books... a compulsively readable, devastating novel' Jonathan Safran Foer
VINTAGE EARTH is a collection of novels to transform our relationship with the natural world. Each one is a work of creative activism, a blast of fresh air, a seed from which change can grow. The books in this series reconnect us to the planet we inhabit - and must protect. Discover great writing on the most urgent story of our times.