The Image of the Iranian World in the Roman Poetry of the Republican and Augustan Ages. 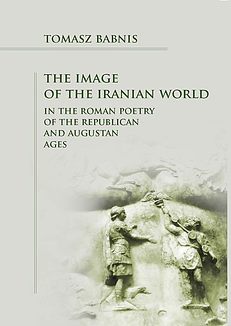 The Image of the Iranian World in the Roman Poetry of the Republican and Augustan Ages.

The present work is dedicated to the image of the Iranian world in the works of Roman poets of the Republican and Augustan Ages, that is from the 3rd century BC until 14 AD. These times can be viewed as a period of creation of the literary vision that was later creatively developed by later genera tions of poets. By the term “Iranian world,” the author means not only the great empires (the Achaemenid Persia and the Arsacid Parthia) but also their component parts, as well as other Iranian peoples. Thus, he aims at reconstructing the broadest possible picture of the civilization that became the mightiest enemy of the Graeco-Roman world for more than a millennium.
He offers a new approach to this issue linking the techniques of both classical philologist and historian in his analysis of the chosen poetical passages found in the extant corpus of Roman poetry. Thus, the source material used in this book includes not only the works of great poets like Vergil or Horace, but also of authors like Plautus, Lucretius or Grattius. This way, the author tries to introduce some new sources and broaden our knowledge of the place that the Iranian world took in Roman poetry while demonstrating its difference from the image known from Greek literature.
This book attempts at making a contribution to our better understanding of not only Latin poetry but also of the Roman perception of foreign nations in general. Its second part, dedicated to Roman poetry of the Imperial and Late Antiquity Ages, is to be published soon. Tomasz Babnis (born 1992 in Gdańsk) is a classical philologist and historian. He holds a Ph.D. in literary studies from the Jagiellonian University in Kraków, where he works at the Institute of Classical Philology teaching Latin and Modern Greek. He studies Roman poetry, relations between the Graeco-Roman world and the Orient, and the history of ancient Iran. Currently, he is working on the Polish translation of the poetry of Claudian.